The Asinara gulf is a less known Sardinian destination comparing to the near Alghero, but not for being less beautiful. This corner on the left upper side of Sardinia has crystalline blue sea and nature glimpses that conquer anyone.

The Asinara island was a penal colony and when it was dismissed, it became a fascinating tourist attraction, where nature is still wild and can be visited by many ways, including the local tourist train. If lucky, you can see the famous local white donkey.

DAY 1 – TOWARDS A RED ISLAND

Arrival at Alghero airport. Pick up the car you booked (during  Summertime it is better to book the car otherwise  you could find no available ones) and take the SS127bis road towards Isola Rossa. After 100 km you reach this fishermen village that is laid upon a porphyry stone promontory in front of Asinara gulf.

The name Isola Rossa (Red Island) comes from a small island right in front of the village, with granitc red rocks protected by a Spanish sixteenth-century tower.

Now it’s time to choose what to do amongst your preferences. Isola Rossa is a paradise for snorkeling lovers, with its clear waters and sandy and rocky sea bottom.

If you like the wind you’ll be satisfied as Marinedda beach, just 1,6 km from Isola Rossa, hosts  every Summer since 2003, the Surf Frozen open that brings the best national and international surfers.

Who travels with children, another option could be Acquafantasy Water Park.

For those who just want sun and transparent sea, just choose amongst Longa, Tinnari, Cala Rossa and Li Cossi beaches.

After greeting the Sardinian sea, it’s time to check-in at the hotel. Just undo your luggage, take a shower and go out for dinner at the village.

DAY 2 – SEA AND MIDDLE AGES TOGETHER?

Wake up with no alarm, have a relaxing breakfast at the hotel and then go straight to Badesi beaches. These long beaches are often touched by northwest wind, making them a paradise for surf and windsurf lovers.

Other than these sports, each May it hosts the Magrini Surfcasting Cup, a fishing race that takes place on the beach.

One choice could be to visit Marina di Badesi beach, and walking from there to Badesi village through the typical vineyards that produce Vermentino di Gallura.

You can choose to take a boat and visit Coghinas river, for an even more naturalistic tour.

For lunch, go to Castelsardo to have the local recipe of Lobster (Aragosta alla castellanese) with local Vermentino wine.

This romantic Middle Ages village was founded in 1102 from Doria family, from Genova.  They fortified the settlement calling it Castel Genovese.

People remain fascinated by this village because it offers unexpected sea views from its historical center, but also because you can see the old women sat in front of their houses weaving palm and raphia baskets.

Castelsardo is a village that is proud of its celebrations and traditions. It is known for Holy Week rituals because the procession passes through Middle Ages churches and old Spanish confraternities.

The Sant’Antonio Abate Cathedral is considered one of the most beautiful churches in Sardinia. It was built during the first years of the XVI century and has the typical Gotic-Catalan and the classicism of the Renaissance architectural style other than an extraordinary panoramic position overlooking the sea.

At the sunset visit the Rocca dell’Elefante, on road S134 to Sedini. This rock is also called the pierced rock. This rock was already there on pre-nurgic  ages due to the decorations found inside it 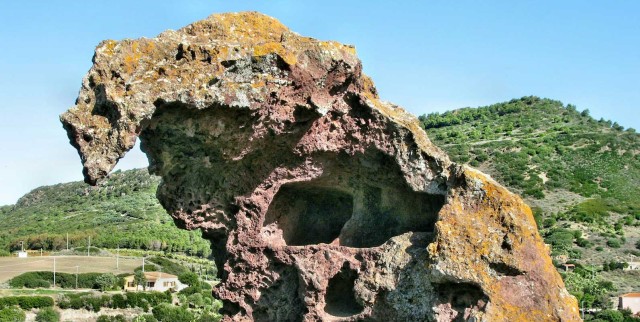 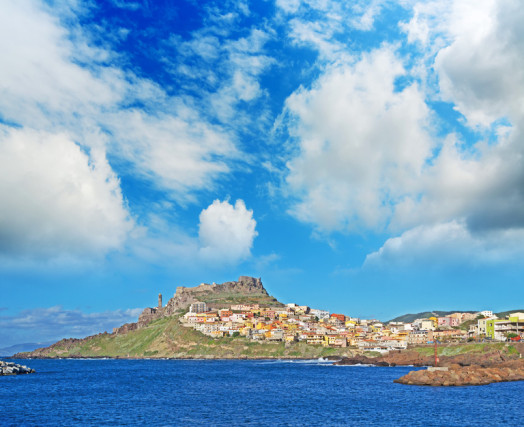 Wake up with calm and have a relaxing breakfast with no hurry. Then take the car and go to Stintino. This small village was born in a precise year: 1885, the year the Italian Government decided Asinara island would become a penal colony and the fishermen families who lived there were transferred to Stintino.

The name Stintino doesn’t have romantic roots, but it comes from the Sardinian dialect word for intestines due to the shape of the land strip where the village was born.

Stintino became famous for being close to Asinara island but also for having one of the most beautiful beaches of Sardinia – La Pelosa. Blue crystal clear water with different shades of blue that conquers all. Being very famous, it is crowded during Summertime and the best periods to admire its beauties are during Springtime and Autumn.

Time to decide what to choose for the afternoon: just enjoy La Pelosa beach, visit Asinara island or take a boat tour around Asinara?

Asinara island is part of a marine Reserve (Area Marina Protetta) and it is possible to find endemical animal species such as the local white donkey.

There is also a turtle recovery center in Asinara island.

Time to go back to the hotel. Sated of so many beauty and reinvigorated for the close contact with nature. Take a bath and go out to eat something typical and finish with mirto, the typical Sardinian liquor.

Wake up with the alarm to fully enjoy the last day in Asinara gulf.

Drive to Monte Accodì, close to Sassari. This important archaeological site is not just the only one in Europe, but in the whole Mediterranean area. The pre-historic altar of this site has a ziqqurat structure that represents the oldest example in Europe of this kind of architecture, typical from Mesopotamia.

After visiting Monte Accodì, go to the shore to visit Marina di Sorso, in the long and popular Platamona beach, in Sassari. Otherwise go towards Stintino again to visit another two beaches, Le Saline and Pazzona, both with sand formed by tiny white rocks like rice grains.

After the last sea bath it’s time to head to Alghero airport to take the returning flight. End of 4 days in Asinara gulf. A different Sardinia, with different colours but always unique sensations that remain in the mind and heart of its visitors.