We could say that Ogliastra is the “other” Sardinia. Far from the mass tourism, who choose to visit Ogliastra is looking for uncontaminated places, for a close contact with a still wild nature of singular beauty.


Ogliastra province is the less populated of Italy, with less than 60.000 inhabitants. They chose to preserve the natural beauties making them their main tourist attractor. In this area, it is possible to practice many sports that lead to a close contact with nature, like trekking, free climbing, and make excursions in nature environment by foot or riding a horse. The tours to Tacchi di Ogliastra (called Ogliastra’s heels because they remind of shoes heels) are very popular.


It is easy to find desert beaches even in August in Ogliastra, visit caverns that offer a unique experience and visit beaches only reachable by boat or through natural paths.

DAY 1 – FROM THE CITY TO NATURE


Arrival at Cagliari or Olbia airport. Pick the car you booked and head to Santa Maria Navarrese, a small village that has a tourist port to host boats that come to visit the 40 km of coastline of Ogliastra, considered amongst the most beautiful and unpolluted of the Mediterranean Sea.


While waiting for check in time, walk around to know Santa Maria Navarrese church. The legend says that Navarra princess rescued from a shipwreck refuging on the village port. She then built a church for gratitude and the name “Navarrese” was added to the name of the church. It was restored during the 50’ years, but the undeniable Iberian culture signs are still visible.


In the church surroundings there is a park with many thousand-year old wild olive trees, one of them is 10 m high and has a perimeter of 8 m.
After check in, take a bath and go out to eat the famous cullurgiones, local potato and cheese stuffed pasta, typical from Ogliastra.


Put on the alarm, only because it is for a good reason. The boat tour from Santa Maria Navarrese port leaves around 9:00 am towards Fico Grotto, famous for the presence of monaca seal.


This tour will let you know natural beauties such as Baunei coastline, the peak calcareous cliffs amongst the highest European ones, natural creeks and snow white sand beaches such as Cala Goritzè (Unesco human heritage) and Cala Mariolu – considered by many amongst the most beautiful beaches of the world. You will know also Cala Luna (Moon Creek), another oasis reachable only by natural foot path or by boat.


The boat returns to the port around 5:00 pm. A shower and maybe a couple of baths in the hotel swimming pool, just to have time to absorb all you’ve seen during the day tour.
Dinner anywhere in Santa Maria Navarrese or Baunei, eating typical local dishes, such as culurgiones, ladeddos (squashed ravioli), roasted goat and pork, but also sea specialties. 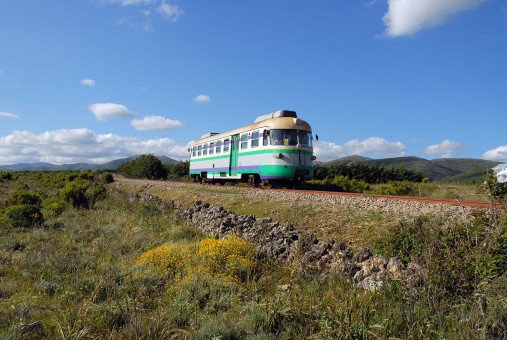 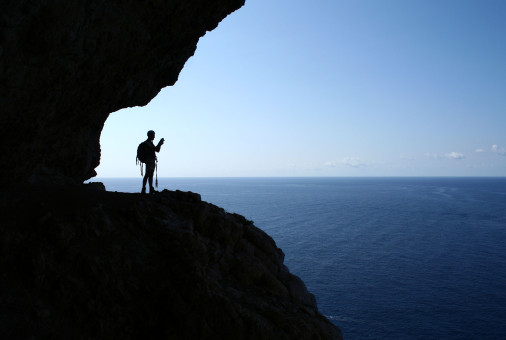 DAY 3 – ARBATAX AND THE GREEN TRAIN


After having breakfast, take the car and head to Arbatax to visit Rocce Rosse (Red Rocks) beach. As explained by its name, the red rocks create a pleasant contrast with the sea color and became a point of interest for its singular beauty.


A time for relax amongst clean crystal blue water baths. Then you’re ready to take the afternoon green train tour, a must do for those who visit Ogliastra.


The green train is the longest tourist Italian railway being 159 km long. The uniqueness of this tour is that you visit places otherwise unreachable, or at least, very difficult to reach by foot and not reachable at all by car.


In the evening, take a walk in Bari Sardo (15 km south of Arbatax). If it’s still sunny you can visit the Torre di Bari beach and figure out the after war period when the left part of the beach was called “mare de is ominis” (men’s sea) and the right side “mare de sas femunas” (women’s sea), because during those times men and women didn’t frequent the same beach.


Bari Sardo is known for their typical artisanal rugs, tapestries, linen and blankets. Maybe you can take one to decorate your home.


You wake up already adapted to the Ogliastra calmness. Just have breakfast, check out and carry the luggage on the car. Head to Tortolì, the administrative center of Ogliastra.
Visit the Orrì beach, considered one of the most beautiful beaches of Sardinia. 16 km of white sand with breath-taking creeks. Sea and sunbathing time.


Take a walk in the village to visit Su Logu e’ s’Iscultura, a Contemporary Art Museum as an open-air gallery where you can see works of Mauro Staccioli, Antonio Levolella, Umberto Mariani, Ascanio Renda, Maria Lai and Nitetoski Nagasawa.


In Tortolì the food is also tied to local pastoral traditions. Poor ingredients, but wisely spiced to create dishes so good to be transmitted from generation to generation.
It’s time to leave. It’s time to go to the airport and it is pretty difficult to recoup rhythms and city atmospheres after this pause so close to nature.