The SInis Peninsula is one of these places. A place where you find the biggest European pond with its rich fauna, where you also have precious antique ruins and also a beach where the sand is formed by tiny pink, green and white quartz  rocks.

A place where the best mullet roe is prepared and dried. A place where you can visit an island in an island, uninhabited by humans but the realm for turtles, birds and wild rabbits.

DAY 1 – FROM CAGLIARI TO THE VIII CENTURY BC

Arrival at Cagliari airport (Elmas). Pick the booked car at the rental car office and head to Sinis Peninsula, located in the midwest part of Sardinia.

Take the road to Oristano and while waiting for check-in time, take a look at this cute village.

The story tells that this village became important around 1070, when the bishop abandoned the decayed Tharros and transferred the episcopal location to Oristano. This decision was based on the fact that Oristano is located behind the Tirso river bifurcation, a natural barrier that made Oristano safer than Tharros against the Saracen constant raids.

After visiting Oristano, head to Tharros, a Punic-Roman city founded by the Fenicians in VIII BC. The ruins are located on San Marco promontory, from where there is a panoramic view of Oristano gulf.

In the afternoon go to the hotel, in Narbolia or San Vero Milis. If you choose Narbolia in October, it is possible to be part of the Santa Reparata feast, the patron saint celebration.

Time to put the luggages in, take a bath and then go for a walk in the village.

Have breakfast at the hotel and drive to San Giovanni di SInis. Arrive at the main square, park and walk to your left taking a dirty road that leads to Su Siccu, also called Dead Sea. This name is due to the almost total absence of wave motion, even when the sea is agitated outside the gulf. It is a desert beach and so it doesn’t have bars or other services. Complete peace and transparent blue sea.

Take the car again and head to Cabras. The Cabras pond is one of the biggest of Italy and Europe. The shores are bordered with rushes and there’s a typical boat from this pond. It is called fassone, and it is built with swamp hay stalks. This boat lasts three months and then go bad. It reminds the Egyptian papyrus boats.

You can stay in Cabras to eat mullets and mullet roe, the local specialty that is even exported. Otherwise you can visit Putzu Idu, a place that becomes a popular place during Summertime with beach kiosks, markets and local tours. Putzu Idu is a beach with bone-white sand with a saline at its back, and bordered with holiday houses that become very popular during the Summer holidays.

An alternative is Is Arenas beach. The name arenas is related to sand, as the bay where it is located had a large sand desert with dunes of 700 hectares. A small desert that was reforested in 1950 to protect the hinterland from the strong local wind. There are still a couple of dunes that barely reaches 70 meters.

From Is Arenas head to S’Archittu beach. In Sardinian language it means a little arch. The name originates from a natural rock arch that dominates this bay and is reachable by foot.

In 2011, the Worlwide High Dive Championship was held there. It is possible to dive from a 15 meters high rock.

Time to go back to the hotel and maybe go to Santu Lussurgiu (20 km ahead) looking for a small restaurant where eat the famous red beef. Delicious meat typical from this area. 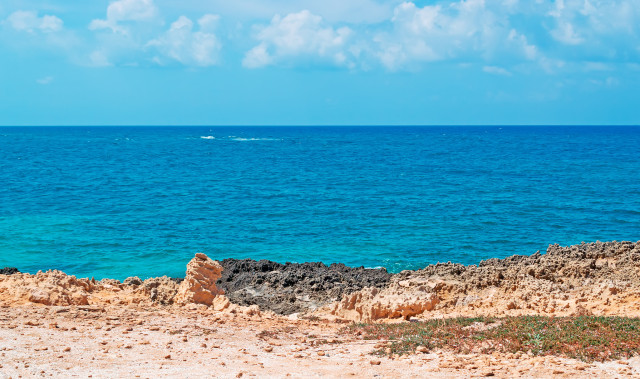 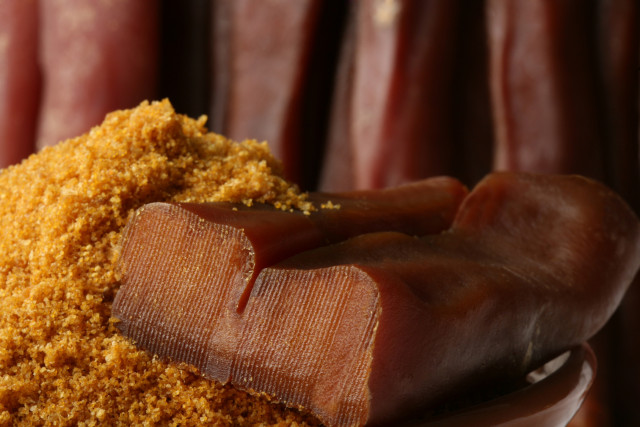 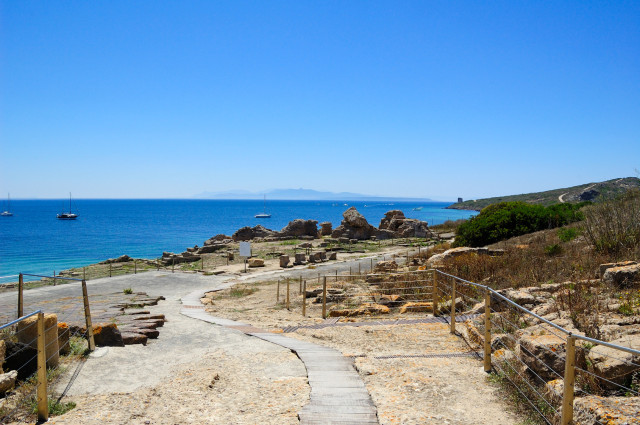 It is a tour you can’t miss. It leaves at about 10 am and returns at 4:00pm. It needs prior reservation.

This island is completely uninhabited. It is a real  naturalistic paradise, where turtles, birds and wild rabbits found their natural habitat.

It is a paradise for diving lovers, also because it is part of the Area Marina Protetta (Marine Reserve), and so it is tied to environmental limits meant to preserve the nature as much as possible. It is necessary to take sun ombrellas, food and water as there are nothing on the island. It is small, being , 2,5 km long and 900 m wide.

Returning to Putzu Idu, take the south direction to visit Is Aruttas e Maimoni beaches, known for having the “sand” formed by tiny pink, white and pink quartz rocks, creating many shades that make them unique. It is absolutely forbidden to take any quartz rock away from the beach.

It is really difficult to choose which beach to visit, as the beaches in this region are like paradise for surf lovers due to the waves all over the year. The surf school is opened for the whole year and there are many people that practice Stand Up Paddle there.

Time to go back to the hotel after an intensive journey with close contact with this wild nature. Take a shower and go out to eat spaghetti with bottarga (mullet roe). How to resist it?

DAY 4 – BACK TO CAGLIARI THROUGH THE SPAGHETTI WESTERN CITY

Have breakfast at the hotel. Prepare the luggage (a little bit reluctantly) and head to San Salvatore. This small village, known for a miraculous rescue of the patron saint statue during a pirates raid, became known also because used many times as scenery for the Italian ‘70 years films called spaghetti western.

Depending on the flight schedule, it is possible to visit the Contini wine cellar, known for producing Vernaccia, local wine that, when aged, reach 15° of alcohol.

Arrival at the airport, time to return the car and…time to feel the “Mal di Sardegna” that catches who engages a narrow friendship with this particular land.

Selfie on the Rocks in Sardinia
Sardinian holidays: discovering Riviera del Corallo
The Best Villas for your Holidays in Cannigione – Costa Smeralda
The 3 Best Excursions To Do in La Maddalena