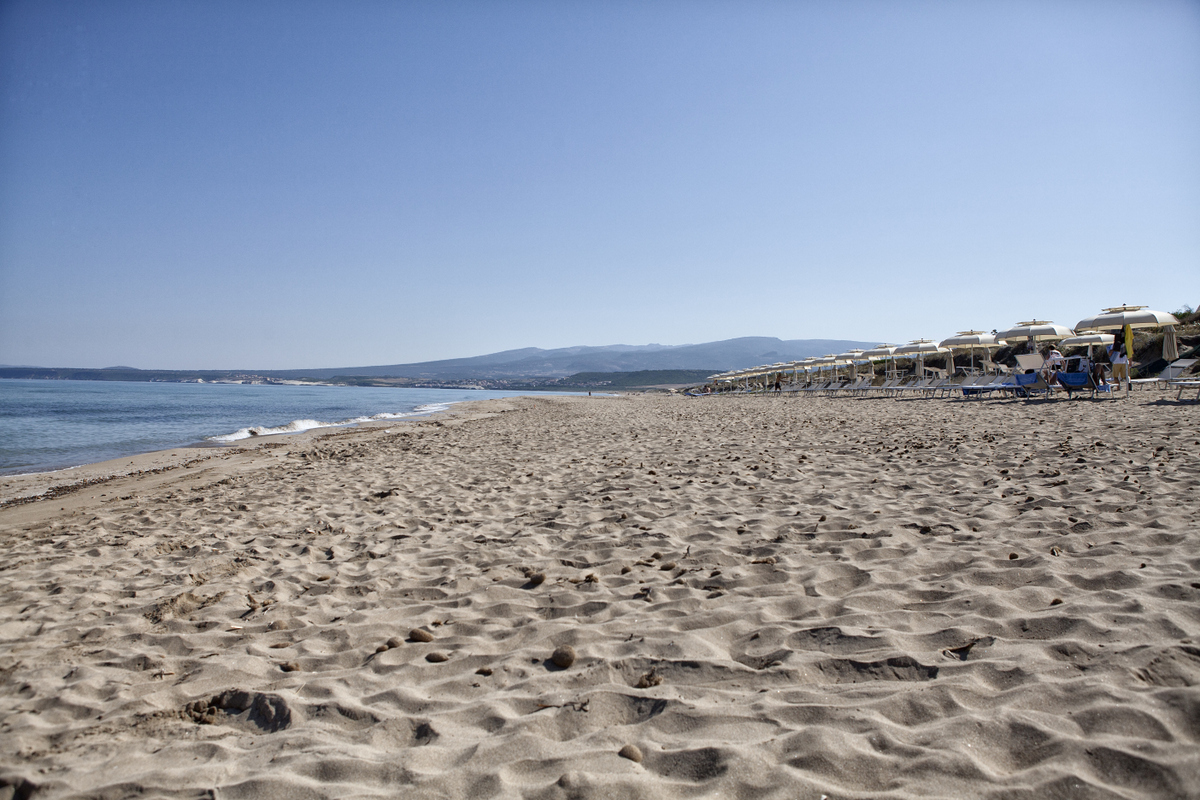 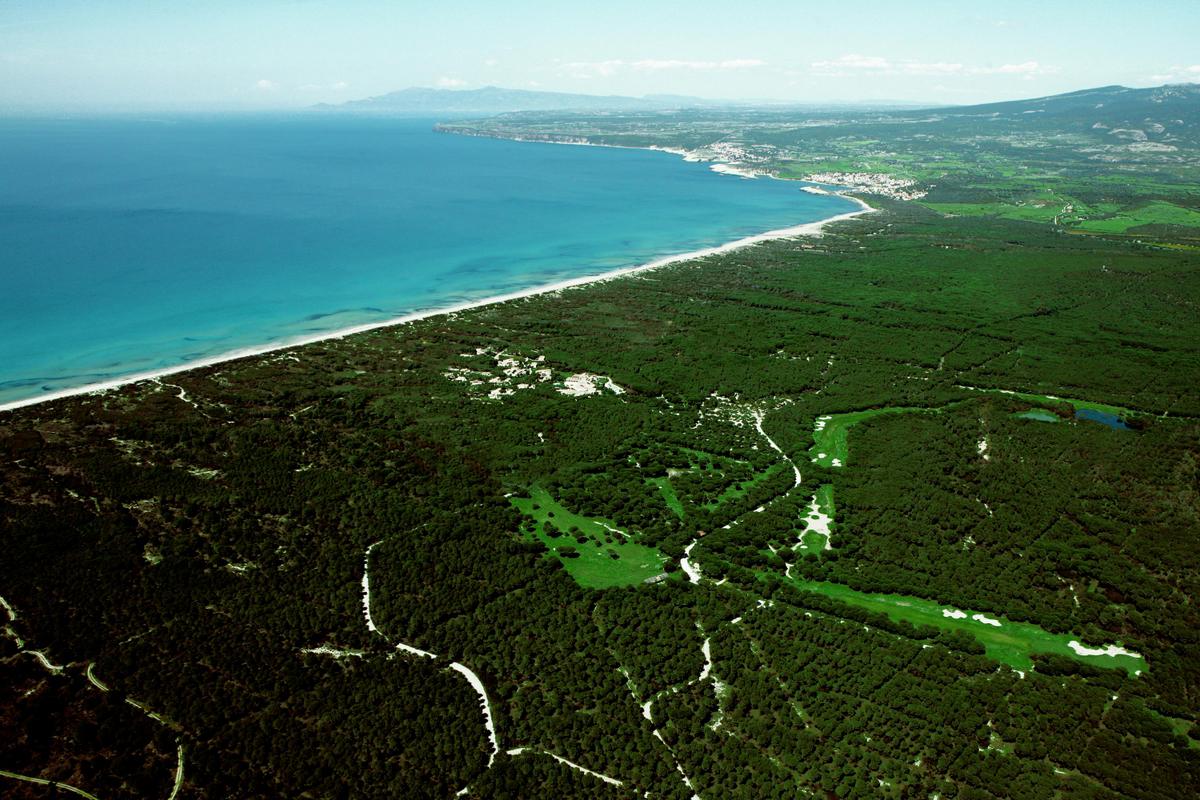 Narbolia is located in the Campidano plain of Oristano, at the foothills of the Montiferru mountain range, and close to the Sinis Peninsula, famous for its white sandy beaches.

Even though quite small, Narbolia boasts a wide range of different and amazing landscapes, from the volcanic rocks of Mt. Rassu, to the plain of Cadreas, all the way to the sea.

Not only it has some of the most beautiful natural spots in Sardinia, but it is also rich in history. The name Narbolia seems to derive from ‘Nurapolis’, city of the nuraghes, for the presence of many nuraghes in this area, from simple tholos nuraghe, to complex nuraghes with villages developed around them.

Things to do in Narbolia

A holiday in Narbolia means delving into a pristine nature.

The entire Sinis Peninsula is a natural oasis that we recommend you visit. The Protected Marine Area organizes every day excursion to discover this wonderful territory.

The Su Siccu lagoons are an absolute must. Here you can admire the beach of the same name, also called ‘the Dead Sea’ for the tranquillity of its sea; also Turre ‘e Seu, in the territory of Cabras, is worth visiting, a small oasis by the sea, of natural and historical interest. About 115 hectares where you can take walks, go mountain biking or participate in horse riding excursions, or go snorkeling and diving.

For diving enthusiasts, we recommend visiting the stretch of sea near the shoals of the ‘Cathedrals’, two granite buttresses that emerge from the sea bottom in the South West of the Mal di Ventre island. The whole area is actually a paradise for surfers and golf lovers. Surrounded by the pine forest of Is Arenas is one of the world’s most famous golf courses.

Finally, for those who go to Narbolia during the low season, on October 8th the festival of the patron Saint takes place, in honor of Santa Reparata. The celebration consists in a long procession that arrives all the way to the Is Arenas pine forest, where wood is collected to start a bonfire in the center of town, lit up during the first day of the festival.

Things to see in Narbolia

The main attraction of the area around Narbolia and of the Western coast of Sardinia is the desert area of Is Arenas.

Is Arenas means ‘sand’, since the bay features a big stretch of sandy dunes over 700 hectares, a small desert that since the 50’s has been the target of reforestation to protect the inland from the sand dragged by the strong winds that blow on the area. Nonetheless, some parts of the original desert can still be seen between the localities of Is Ariscas and Is Ariscas bellas, with sand dunes that can reach 50 meters.

Narbolia, the city of nuraghes, is very rich in monuments, and its archeological sites show that the area has been inhabited since the Neolithic. Among the numerous nuraghes of the area, the most interesting ones are the Tunis, Araganzola and Zoddias Nuraghes.

In the town center of Narbolia there is an accommodation called Sa Muralla, which is a big nuraghe that throughout the years has been repurposed and reused until the Middle Ages.

There are also numerous funeral ruins. Between the localities of Campu Darè, Funtana and Pira e Caratzu there is a necropolis consisting of a group of 7 Tombs of Giants, located very close to each other. Another site worth a visit is the city of Tharros, only 27 km from Narbolia, at the edge of the Sinis Peninsula. One of the most ancient cities in Sardinia, founded by the Phoenicians in the 8th century b.C.

Just as along most of Sardinia’s coasts, this stretch of coastline too has its watchtowers, such as the San Giovanni tower, the Capo San Marco tower, and the Cabrasda tower, from which you can admire a breathtaking panorama.

The best beaches of Narbolia

From Narbolia you can easily reach the most beautiful beaches of the Sinis Peninsula: sand dunes, round quartz grains with a hue of colors ranging from pink to green, to white.

Is Arenas Beach is one of the longest beaches in the province of Oristano, a 6 kilometer long stretch of sand, between Pozzo Power and Scab’e Sali Tower. Exposed to the Mistral wind, it is very popular among surfers, because of the strong winds. Behind it, there is a beautiful and shady pine forest.

Torre Su Puttu Beach, which means ‘tower of the well’, is located between the beach of Is Arenas and that of S’Archittu. Delimited by a promontory with an Aragonese tower, the beach is also known as La Balena (the whale), because on the rocky promontory there is a natural well from which, in days of strong winds, water jets splash through, looking like a whale’s blowhole.

North of Narbolia, S’Archittu is very famous for its natural arch or rocky bridge over the water, about 15 meters high, modeled by wind and sea erosion. S’archittu is characterized by its limestone landscape, almost moon-like, and for its reflections. Next to it is the small beach of Santa Caterina di Pittinuri, equipped with several facilities.

San Giovanni di Sinis beach is also worth a visit. Only 26 km south of Narbolia, it is famous for the typical fishermen wooden houses left over near the Punic site of Tharros. At the entrance of the town of the same name is a Early Christian church dating back to the 5th century.

700 hectares of pine forest and a beach 5 km long for the outmost exclusivity and relaxation.